Menu
Menu
Menu
< back to yoga

Bikram yoga is a system of yoga devised by Bikram Choudhury in the 1980s with roots in traditional hatha yoga techniques. All Bikram yoga classes run for 90 minutes and consist of the same series of 26 postures and two breathing exercises performed in a room heated to 105°F (40.6°C), with a humidity of 40%.

At triyoga we don’t offer Bikram yoga classes in London but we do offer a modern take on Bikram in our triyoga hot classes. Our hot yoga classes follow a specific sequence that we’ve devised to work effectively with both the body and mind. Hot yoga can be comprised of many different poses that vary by class and studio. Hot yoga rooms can vary in humidity and are generally heated to anywhere from 80 -100 degrees.

find out more about hot yoga

Often, hot yoga is thought of as a modern take on the practice. But if we trace its history, we can make some perhaps surprising links to historic yogic traditions.

As far back as 500 BCE, Vedic ascetics, Buddhists, Jains and Ajivakas engaged in arduous practices known as tapas, which in Sanskrit translates as heat. The practices of intentional discomfort varied from fasting to seclusion and observation of total silence. The aim? To gain special powers like minimising themselves to tiny proportions or covering great distances in quick time – and also to annihilate past karma to end suffering associated with the cycle of death and rebirth.

Yogis in India today still sit encircled by pits of burning cow dung, smeared in ash in order to burn away and transcend the human condition and achieve liberation from the world.

The official website of Bikram yoga claimed that, “when you sweat, impurities are flushed out of the body through the skin.” (It’s worth noting though that there is a lack of actual scientific research that suggests the body “detoxifies” in any other way than urination and defecation.) This questionable teaching – coupled with a blizzard of sexual assault lawsuits filed against Bikram himself – signalled the end of Bikram yoga.

But the popularity of practising yoga in the heat persisted because it is not without great benefits. On a physical level, it can increase circulation and relaxes the muscles. Students say they leave class feeling refreshed and rejuvenated. Indeed, it can feel deeply transformative and heling.

When attention is directed inward, hot yoga has the potential to return to its deep roots as a meditation, ascetic discipline. 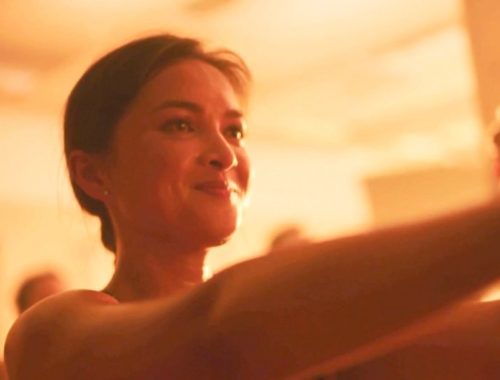 what do the class levels mean?

Classes are divided into styles of yoga, but also levels. Check with your teacher before moving up a level and always inform your teacher if you are pregnant or have any injuries.

Open to all levels from beginners to more experienced. The teacher adapts the class according to the students.

Open to complete beginners, those in the initial stages of yoga practice or those seeking a gentler asana practice. You will learn the fundamentals of yoga.

Builds on the foundational blocks that are established in a Level 1 class. A working knowledge of yoga principles is expected.

Works on deeper physical and psychological level. Introduces more sophisticated practices that may include more challenging postures (inversions, deeper backbends) as well as pranayama, mudra and meditation. Not suitable for beginners.

Teaches more difficult postures and breathing techniques. Assumes an understanding of the gross as well as subtle aspects of practice.

A challenging class for the experienced student who possesses deep awareness on both a physical and mental level. Definitely not for the faint-hearted.